Pet Gift Ideas for This Season 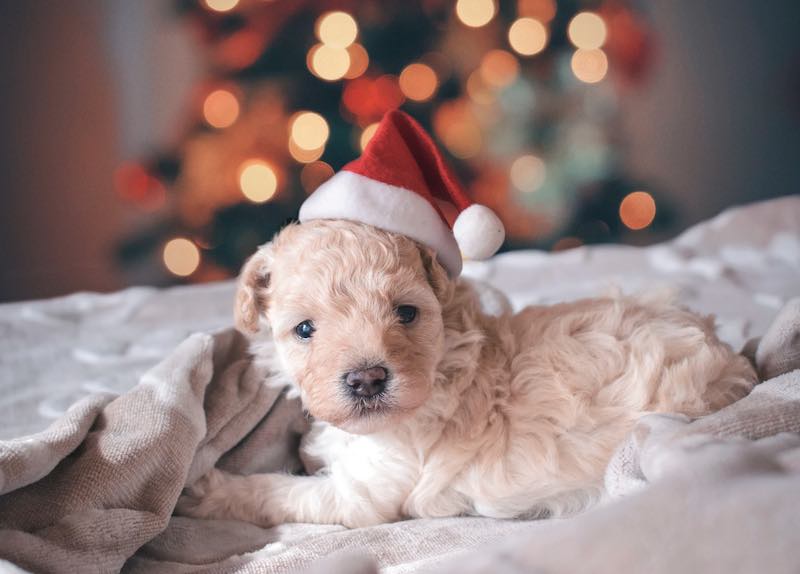 Russell here with gift ideas for Pet Parents to give to their fur-faced kids.

It all began many years ago, on a snowy Christmas Eve, just as Santa Claus was about to swoop down a chimney to deliver his bundle of presents. He heard a yelping noise and when he looked in the direction of the sound, he noticed a puppy on the ground trying to hide under some pine branches. He quickly asked Rudolf and his other reindeer to keep watch over the pup until he finished his delivery. A few moments later he came out of the chimney in a puff of sparkling dust and then floated to the ground. Gently he picked up the small shaking pup, cuddling it close to his white fluffy beard. He asked her how she came to be outside on such a cold, snowy night.

The answer came when a scene flashed before Santa where he saw the puppy had been abandoned in a nearby field. Instantly an idea came to him; he could always use help with Christmas presents for dogs and cats, so he decided what better way than to have a dog in charge of the important task. Santa rescued the puppy that long ago, cold and snowy night making her part of his furever North Pole team. The reindeer named her Santie, and every year since, Santie Dog has helped Santa design and deliver presents for fur-faced pets around the world.

Most Pet Parents don’t know about Santie Dog and need help with ideas for their fuzzy kids.

Here’s Santie Dog’s list of gift suggestions for Pet Parents to have on Christmas morning for their beloved fuzzy kids.

And of course, we love extra holiday treats (but no chocolate please). Consider giving your pet healthy treats without dyes, or chemicals. They will live longer and be healthier. Wag wag

Another beloved favorite is to serve your pooch part of your holiday meal. Woof!

However, the most PAWSOME gift is to rescue a pet from a shelter, giving the gift of life. Here’s a list of animal shelters near you.

Tell them Russell and Santie Dog sent you. Happy Holidays!