Cover Reveal: The Spiritual Adventures of Russell the Dog 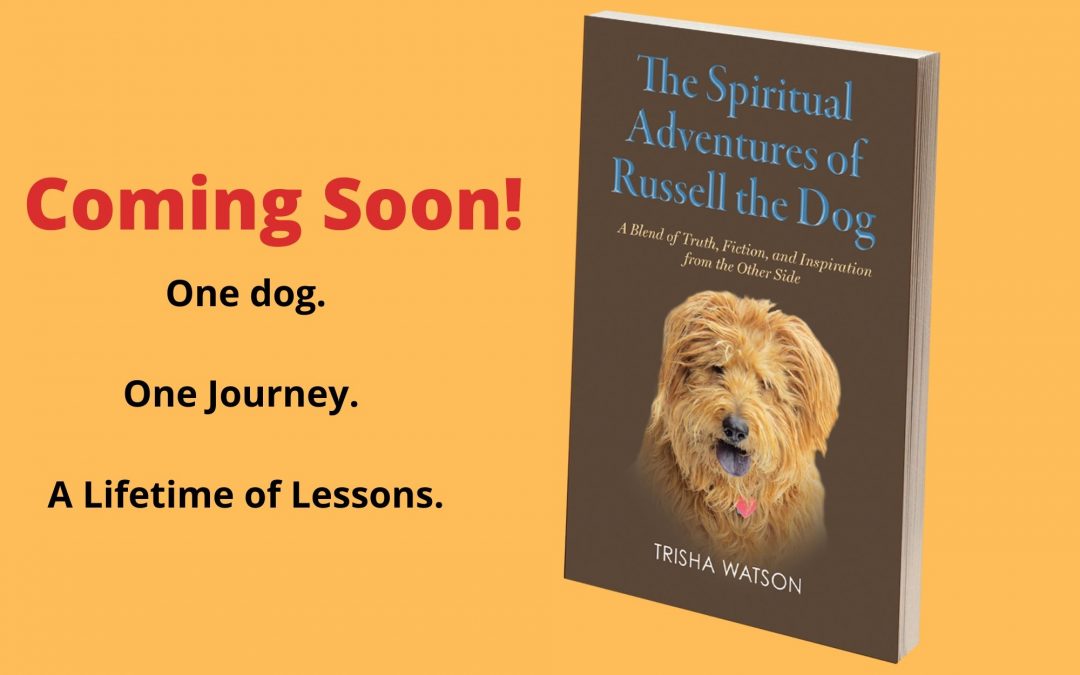 It’s finally here! The Spiritual Adventures of Russell the Dog will be published in January.

I’ve just received the final version of my cover and I’m excited to share it with you – just a little teaser to keep you in the loop. What do you think?

The Spiritual Adventures of Russell The Dog

Russell is no ordinary dog. Nor is his reason for being ordinary. He finds himself in his present lifetime as a dog with a very special purpose. He’s assisted early on by his mother and later by other Spirit Guides.

One of his special abilities is to telepathically hear and communicate with other animals, with his Spirit Guides, and even with people when necessary for his growth.

Russell soon discovers two primary purposes of his present lifetime. One is to review his previous lifetime as a man named Pete, whose life ended tragically. The second is to experience his present life as Russell the dog, which also offers some very important lessons.

His journey is multidimensional, taking him through numerous experiences triggering a spectrum of emotions that he resists. The transformations Russell endures are painful yet rewarding.

From the point of view of a dog and a soul that has had many previous human lifetimes, he is taught about reincarnation, karma, grace, unlimited thinking, and forgiveness. One of his deepest lessons is about love in its various forms and expressions.

As Russell reviews his past lives, he sees his repeating patterns of fear, resulting in addiction, denial, feelings of superiority, greed, defeatist thinking, and the choice about his life’s end.

The primary lesson of Russell’s journey is courage—the courage to face his past and future and the courage to withstand the tragic parts of living a life in a physical body. He slowly builds the wisdom and tenacity it takes to endure no matter how bad it gets and to continue the greatest journey of all: the evolution of his soul.